Negative symptoms are a key feature of schizophrenia that pose a strong limitation on the real-life functioning of patients. In order to establish whether antipsychotic drugs are truly effective on primary negative symptoms (as opposed to negative symptoms secondary to positive, extrapyramidal or depressive symptoms), studies in specific populations are needed. To this end, a phase III, multinational, randomised, double-blind, active-controlled trial was conducted with a 26-week treatment duration in 460 adults (18-65) with schizophrenia eliciting predominant negative symptoms. Cariprazine (4.5 mg once daily) was shown to be superior to risperidone (4.0 mg/day) in reducing the negative symptoms (P=0.0022) and improving PSP total score (the secondary efficacy parameter, P<0.0001). Cariprazine’s additional effect size on negative symptoms vs. risperidone (0.31) was comparable to the effect size of other antipsychotics vs. placebo (0.42) in this patient population, thus almost doubling the total effect size vs. placebo (although this is an indirect comparison). An increased percentage of patients responded to the cariprazine treatment with ≥20% and ≥30% decrease in PANSS-FSNS, resulting an NNT26wk of 9 and 8, respectively. These improvements occurred independently of those in positive, depressive, or extrapyramidal symptoms. The advantages of cariprazine on primary negative symptoms are thought to be associated with its preference for D3 (vs. D2) receptors, along with a considerable affinity for the 5-HT1A receptor.

END_OF_DOCUMENT_TOKEN_TO_BE_REPLACED

To support the efficacy of cariprazine in maintaining the established 6-week benefits in patients with an acute exacerbation of schizophrenia, a relapse prevention study was conducted in patients whose disease remained stable during a 20-week open-label cariprazine therapy. In this phase III, multinational, randomised, double-blind, placebo-controlled trial of up to 72-week treatment in non-elderly adults (18-60, N=200) with stable schizophrenia, cariprazine 3-9 mg/day was shown to cut the risk of exacerbation of psychotic symptoms by more than half vs. placebo (i.e., the withdrawal group). The risk of relapse in the approved dose range of 3-6 mg/day was reduced by 60% (N=102, 95%CI: 18-80%).

END_OF_DOCUMENT_TOKEN_TO_BE_REPLACED

Cariprazine was tested in three pivotal, multinational, randomised, double-blind, placebo-controlled trials in non-elderly adults (18-60) hospitalised for an acute exacerbation of schizophrenia (mean duration of disease 11.4 years). Six weeks of treatment with cariprazine demonstrated statistically superior improvements in the primary (PANSS total score) and secondary (CGI-S) efficacy outcomes vs. placebo over its entire dose range studied. The onset of significant superiority vs. the placebo response in PANSS total scores was generally observed as early as week 2 for the lower cariprazine doses (1.5-3.0 mg/day and already at week 1 for the higher doses (4.5 mg/day and above).

END_OF_DOCUMENT_TOKEN_TO_BE_REPLACED 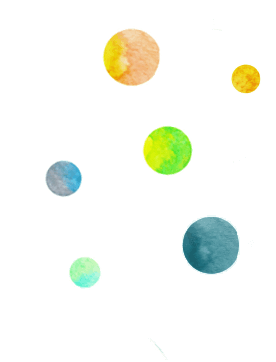 For Healthcare Professionals only

To access the professional site for information about Reagila, please confirm that you are a healthcare professional.

You will only be prompted once per visit to the website. Registration conditions of Reagila could differ in each country, please refer to your local prescribing information for more information.

Confirm My doctor prescribed Reagila for me Go to public site